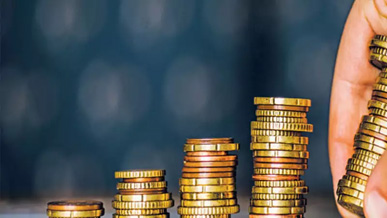 While the pandemic will likely accelerate the adoption of robo advice technology and benefit the established players, the digital advice industry is maturing and independent players who have not reached sufficient scale will continue to have an uphill battle. Most recently, Motif closed its doors. Motif, founded in 2010, was an early innovator in trading and thematic investing. It raised a significant sum of $126 million during its operations. It had an interesting approach to thematic investing but did not reach scale in time. After it recently shut down its service, Motif’s technology was acquired by Schwab, and its clients were acquired by Folio, which was subsequently bought by Goldman Sachs.

TD Ameritrade and E*Trade are also in the process of being acquired by Schwab and Morgan Stanley, respectively. Both mergers, although larger in purpose than digital advice, do represent further consolidation amongst digital advice providers. After an explosion of products and offerings in the past five years, the field of robo advice products is now slimming as the industry matures and consolidates.

Most incumbent firms have already acquired, or developed in-house, automated offerings making competition difficult for new independents. FutureAdvisor, WiseBanyan, and TradeKing are examples of notable independents that were acquired by large institutions. Meanwhile companies like Hedgeable, qPlum, and LearnVest (purchased by Northwestern Mutual and later shut down), are examples of robos that did not survive. Despite difficulties, there is still an appetite amongst investors. M1 raised $33 million this June, but growing will be significantly more difficult than it was in the first part of the decade.

While many firms have made acquisitions or built their own robos, we are also starting to see signs of direct B2C offerings being repositioned within firms. TIAA noticeably no longer lets users sign up for their digital advice managed portfolios directly on the site, as the website now requests a call be made to a service representative before account opening. FutureAdvisor, acquired by BlackRock in 2015, pivoted towards being a B2B provider of robo advice. Although individuals can still sign up on its website directly, the landing page has clearly been redesigned to de-emphasize new account sign-ups. We were also surprised to see that users can no longer aggregate outside accounts on the platform once signed in.

The trend of consolidation continues with Empower’s purchase of Personal Capital for approximately $1 billion, representing the largest acquisition we have seen to date. Empower is paying a significant premium over a typical RIA acquisition. Personal Capital has $12 billion in AUM and some of the best online planning and outside account aggregation tools in the market, which they make available for free to both clients and non-clients alike. This free platform has more than 2.5 million users and tracks more than $771 billion in household assets, according to a press release about the acquisition.

The technology platform and large user base are clearly driving the premium paid. Empower is the second largest retirement plan provider in the country, with over nine million clients. Similar to the merger between Edelman and Financial Engines in 2018, we anticipate synergies that involve the retirement plan provider gaining access to the wealth manager’s services, while the wealth manager gains access to a new client base. In this case, Empower could offer its clients a service that includes Personal Capital’s digital tools and financial advisors, while Personal Capital gains access to millions of new prospective clients. The Empower-Personal Capital relationship will likely provide a significant advantage to Personal Capital in capturing rollover IRA assets at the appropriate points in Empower’s clients’ lifecycle.

While many independents struggle to survive, the incumbent firms have adopted robo technology into their line-ups to attract more clients. Firms like Schwab, Vanguard, and Merrill Lynch have already expanded their financial advice product suite and have been accumulating new clients with lower minimums. These are clients that have historically been left out of traditional advice relationships. Large financial firms are adopting robo advice to expand the types of clients they serve, not necessarily to compete with existing traditional advisors.

Providers are striving for a continuum of advice within their firms. Robo advice is being positioned to help clients who are just starting out investing and saving or those with smaller account balances. As investors’ wealth grows, firms are positioning themselves to be able to graduate clients to higher-service products with more planning, complex capabilities, and higher fees. Some firms are implementing a three-tiered approach with digital-only robo advice for the smallest and most cost-conscious individuals, hybrid-advice for those that prefer the ability to work with a live advisor or have more complex financial planning needs, and a traditional advice offering.

Goldman Sachs, traditionally serving only high-net-worth and ultra-high-net-worth clients, purchased the RIA United Capital and rebranded it with the Goldman name this year. United Capital will represent its middle advice tier, servicing the mass affluent through high-net-worth individuals. Although it delayed the launch of its long-awaited robo until 2021, it is likely this product will target younger and less wealthy clients. Goldman is a late example of how incumbent firms are offering different tiers of investment advice to accommodate investors earlier in their lifecycle. Time will tell if Goldman has a “last-mover advantage” when getting into the industry this late.